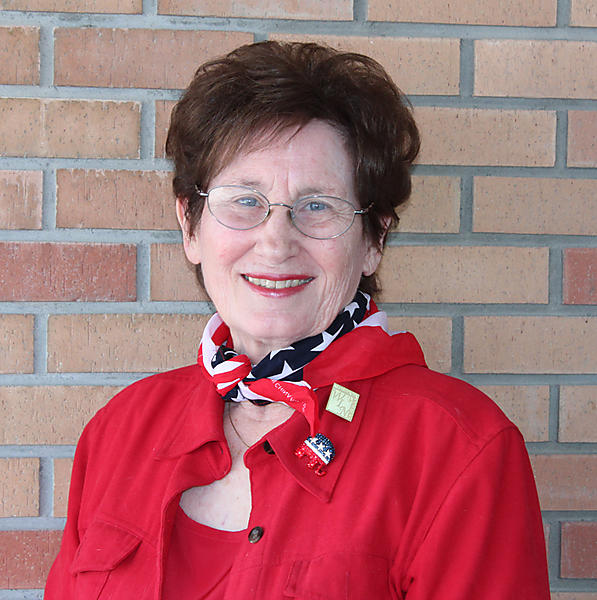 Our elected MTFRW president, Shirlee Keffer, is a retired banker and will be serving for her second term.

Shirlee was recently widowed after being married to her high school sweetheart, Russell Keffer, for 56 years.

Born and raised in a rural farming/ranching community, she was valedictorian of her class. During her 40+ years of management in the banking business, she filled many leadership roles which included being President of the local Civic Association, Economic Development Corporation, and was on a Board of Trustees for the local Community Hospital.

Shirlee joined the Stillwater Republican Women (SRW) organization in 2010. She served as Vice President, President and currently is their Treasurer.

In November of 2015, she hosted the first SRW’s “Politics and Eggs Breakfast-Montana Style.” Shirlee proposed to the membership her idea of asking a local restaurant to open its doors to hold a buffet breakfast on a Saturday morning.

The guest speakers presented political topics which impact “We, The People.”

It was suggested that profits from this and other similar events would be used to support the SRW scholarship program. This program has been on going as a monthly/bimonthly event since its inception.

Shirlee was also an active leader of their club’s hosting of the Biennial Conventions in 2011 , 2019 and 2021. The events were held in Miles City, Lewistown, and Helena Montana.

Other activities Shirlee has been involed for the GOP include being treasurer and finance director of the Stillwater Republican Central Committee.

She expanded her leadership role with MTFRW wherein she has served as a District Director since 2015.

In 2017, Shirlee volunteered to chair the MTFRW Membership committee, and in 2019 she was elected as the incoming President.

Shirlee is a woman of faith, strength, and commitment. Her message is loud and clear, “ALL ABOARD!”